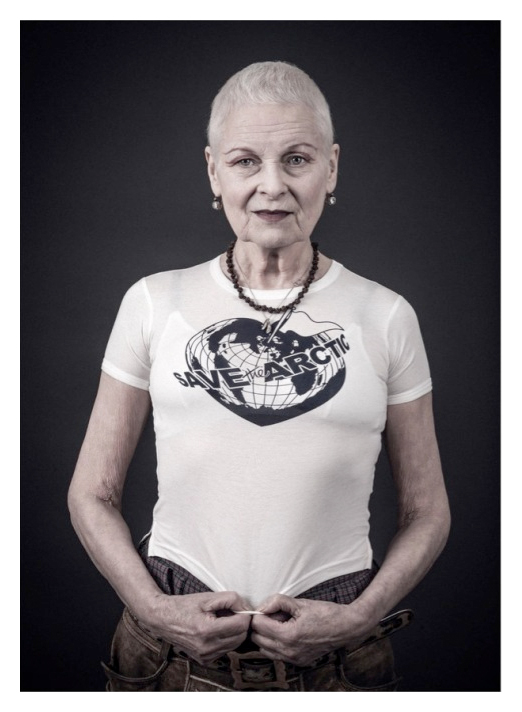 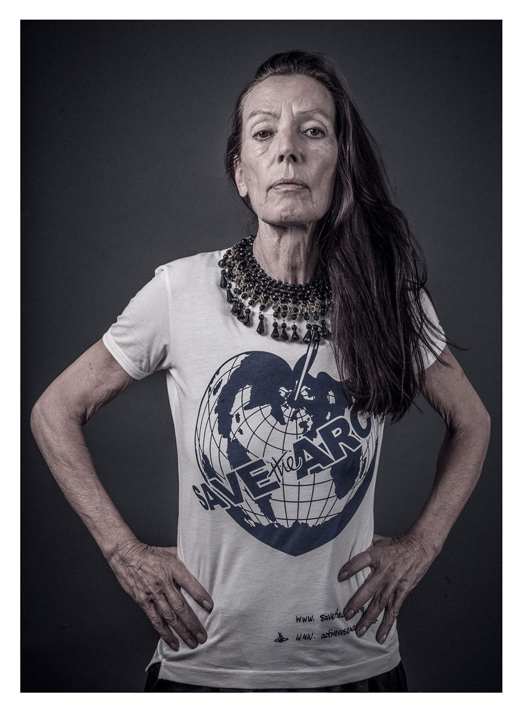 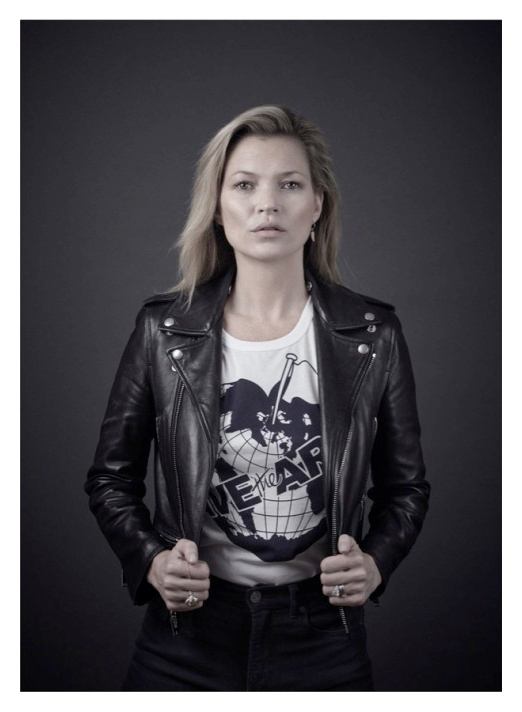 Until july 26th of 2017 you can see an exhibition of The Greenpeace ‘Save The Arctic’ campaign in London Waterloo underground station. The portraits of celebrities are shot over a period of eighteen months by Andy Gotts MBE. Each person wears a Vivienne Westwood ‘Save The Arctic’ organic unbleached cotton t-shirt, which you can buy in her online store. All profits from the t-shirts will go directly to Greenpeace. The exhibition aims to raise awareness for the protection of the unique and fragile Arctic and is situated along the escalators leading up to the London HQ of oil company Shell, who are due to start drilling in the Arctic july 2017.