part of an image in sex, 1976
photography: David Dagleyrex 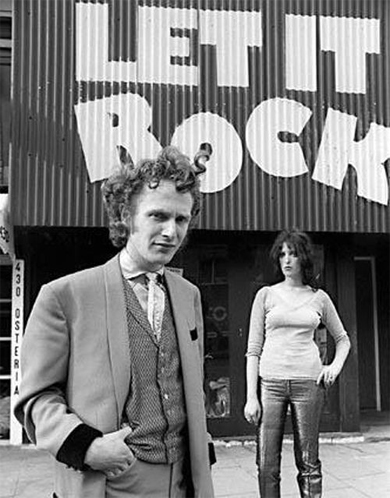 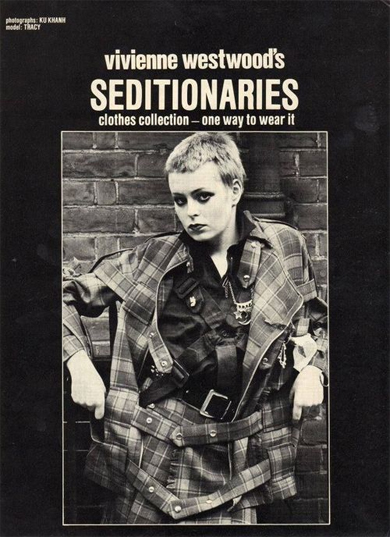 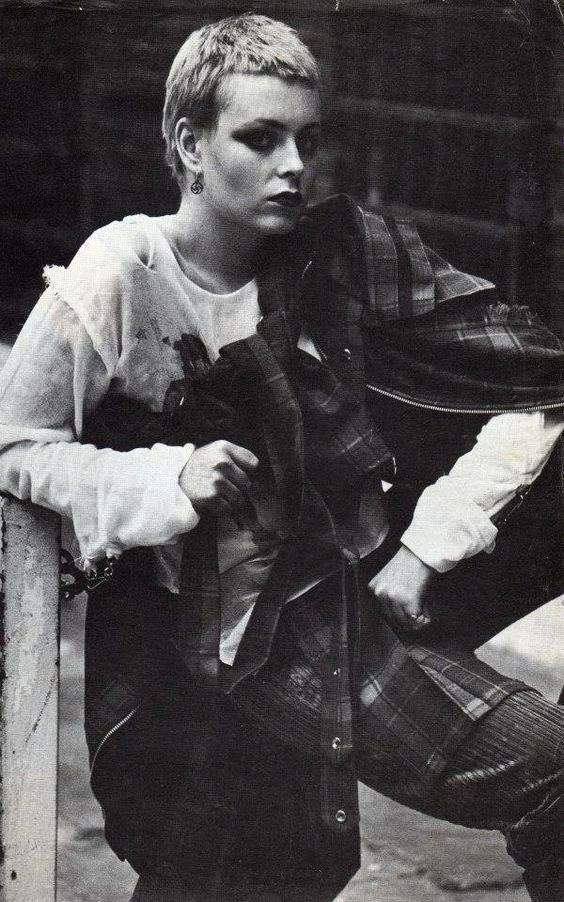 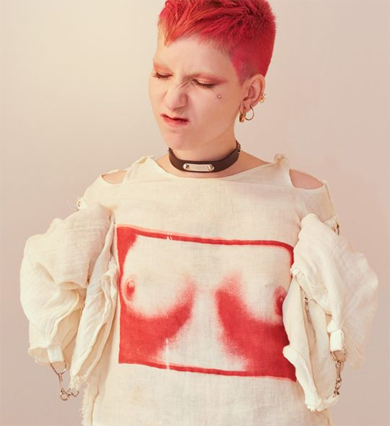 Malcolm McLaren and a friend from art school, Patrick Casey started in November 1971 a shop named ‘Let It Rock’ at 430 King’s Road in London’s Chelsea district. They sold second-hand and new Teddy Boy clothes designed by McLaren’s school teacher girlfriend Vivienne Westwood. In 1973 the outlet interior was changed and the shop was given a new name, ‘Too Fast To Live, Too Young To Die’, to reflect a new range of clothing from Britain’s early 1960s ‘rocker’ fashions.

In the spring of 1974 the shop underwent another refurbishment and was rebranded with the name ‘Sex’. SEX sold fetish and bondage wear supplied by existing specialist labels as well as designs by McLaren and Westwood. Among customers at SEX were the four original members of Sex Pistols. The store’s designs confronted social and sexual taboos. Among the designs were clear plastic-pocketed jeans, zippered tops and the Anarchy shirt which used stock from the 1960s manufacturer Wemblex. These were bleached and dyed shirts and adorned with silk Karl Marx patches and anarchist slogans.

In December 1976, 430 King’s Road was renamed ‘Seditionaries’, trading under that title until September 1980. Designs were licensed by Westwood to the operators of the King’s Road boutique Boy who issued them, some with alterations, over the next eight years.

In late 1980, the shop at 430 King’s Road re-opened under the name ‘World’s End’. The façade was installed with a large clock which spun backwards with the floor raked at an angle. McLaren and Westwood launched the first of a series of collections from the outlet at the beginning of 1981 and collaborated for a further three years. World’s End remains open as part of Vivienne Westwood’s global fashion empire.