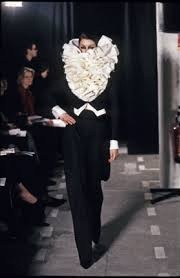 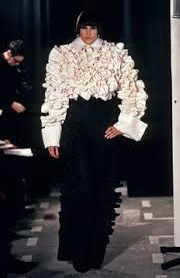 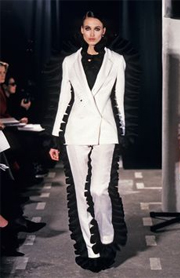 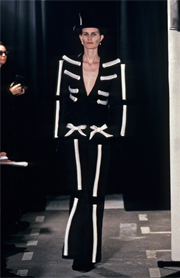 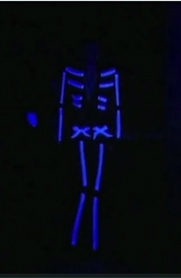 The Dutch duo, Viktor Horsting and Rolf Snoeren were both students on the Arnhem Academy of Art. From the beginning they have been focussed on the constructs of fashion -glamour, commercialism status- rather than fashion itself. They are rapidly remarked with their playful creations that feature extravagant silhouettes  and destructured cuts and much adornment. Their vision, a hybrid of fashion and art, is depicted within spectacular shows that resemble conceptual happenings. In their Spring Summer 1999 haute couture collection models walked out under black lights that picked up only the white elements of each ensemble which coloured blue.