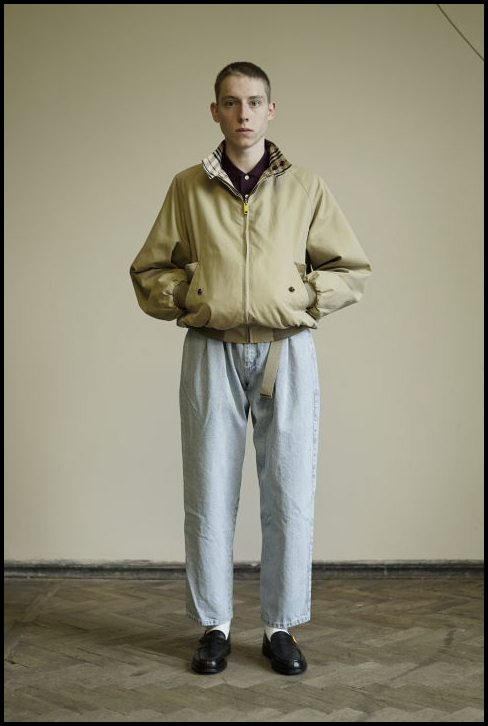 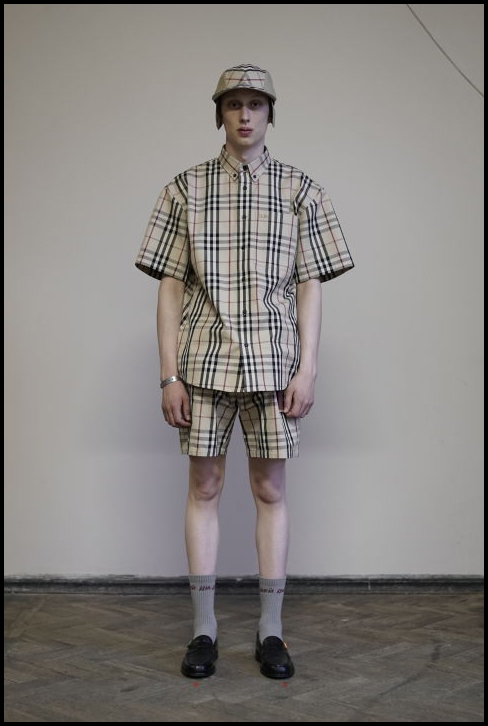 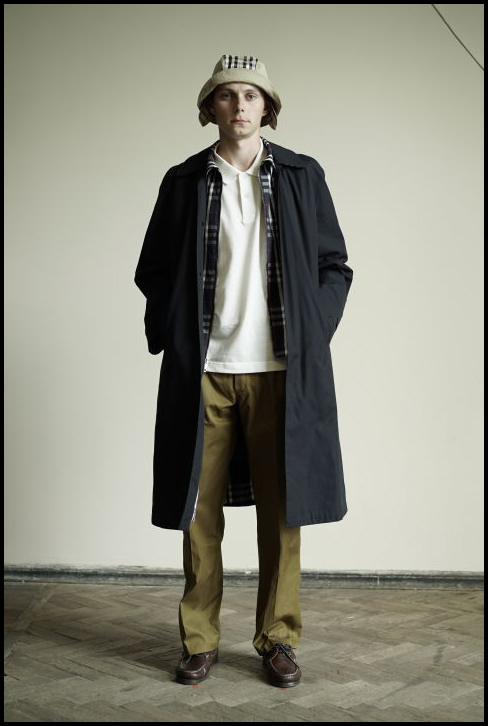 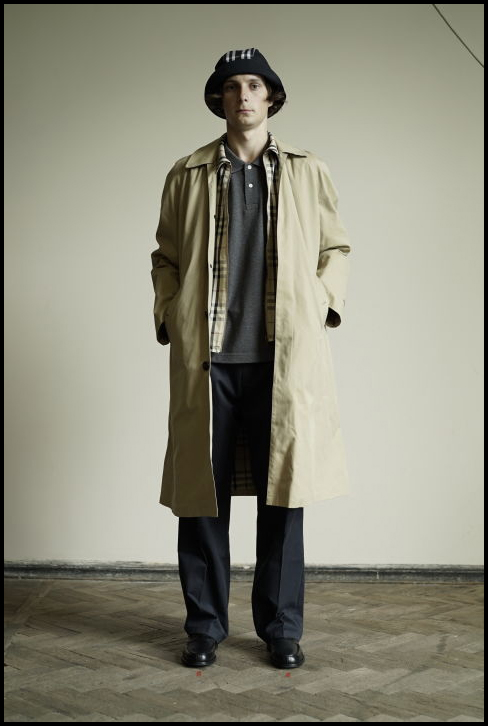 June 2017, during his latest show in st petersburg Rubchinskiy unveiled his unexpected collaboration with british fashion house Burberry. The eight-piece collection, which debuted alongside the rest of his SS18 range sees a re-imagination of Burberry classics; think the two tone trench coat of the blog page fusing contemporary edge with the maison’s heritage. There were also hats made by Stephen Jones for Burberry x Rubchinskiy, as well as a collaboration with Retrosuperfuture on throwback shades and Adidas (for the second time).

Burberry went through a real crisis of identity some 15 years ago as it desperately tried to shake off its chavvy image. The significance of the Burberry check might have been swiftly dropped after gaining popularity among the working class. The pattern became infamous with chavs; aggressive, anti-social, working class youth who dress in tracksuits and Burberry caps. the fashion house tried to disassociate themselves with any and all links to this era – in particular, the football culture, and, by extension, hooliganism. Which made Rubchinskiy’s open referencing to 90s football and rave culture even more interesting.