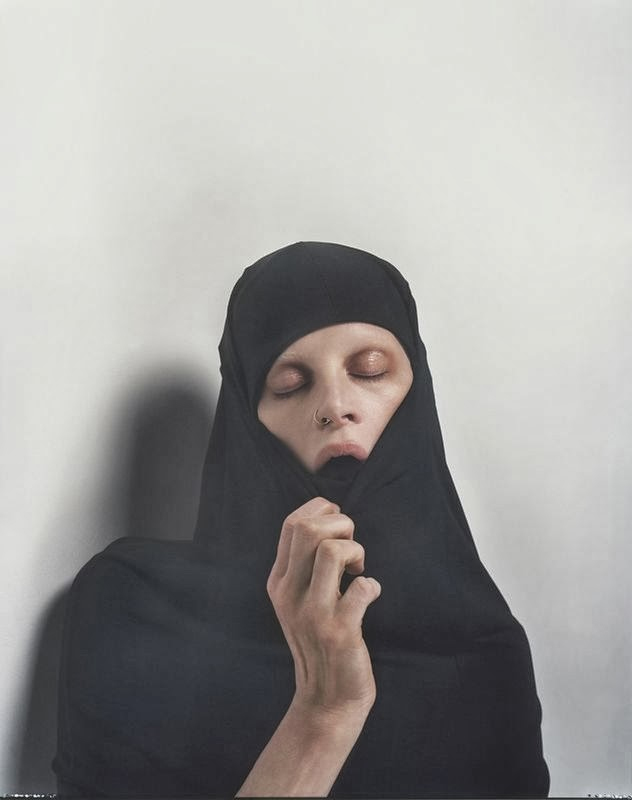 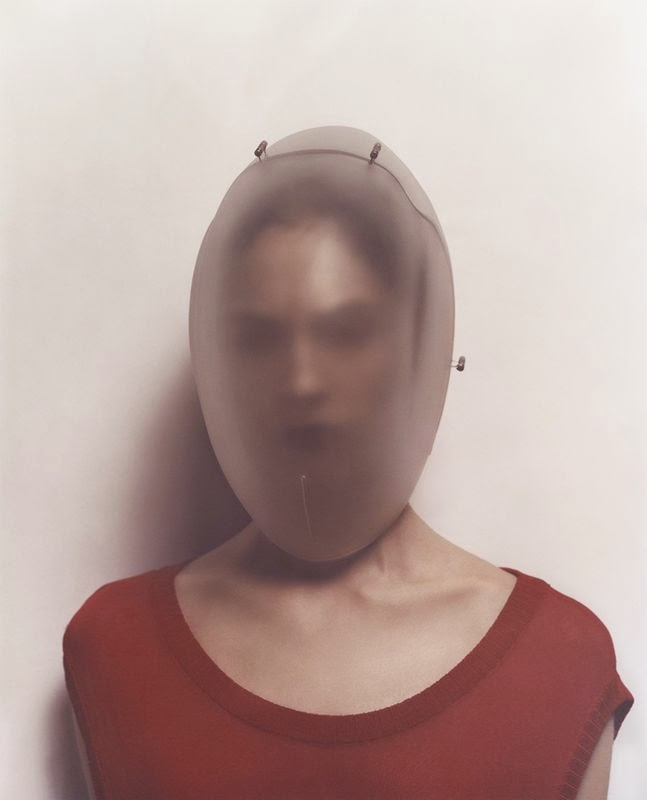 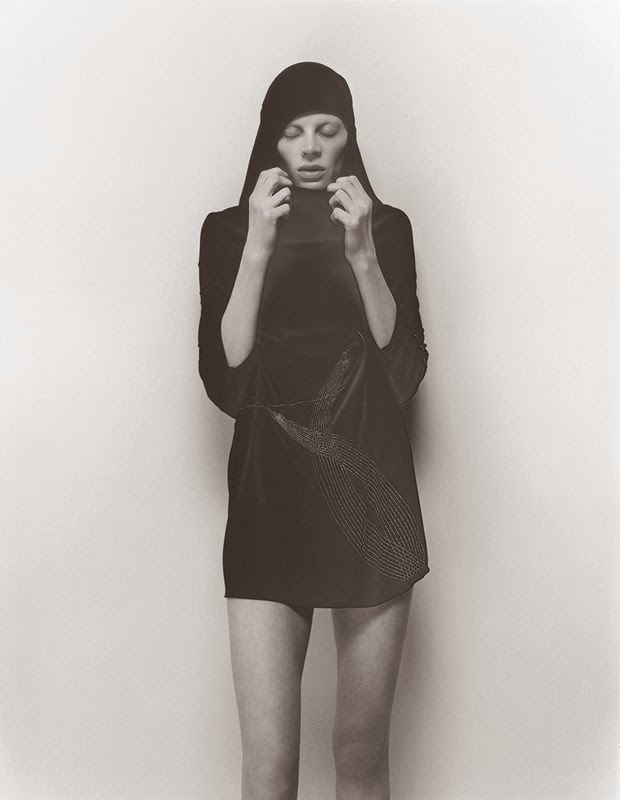 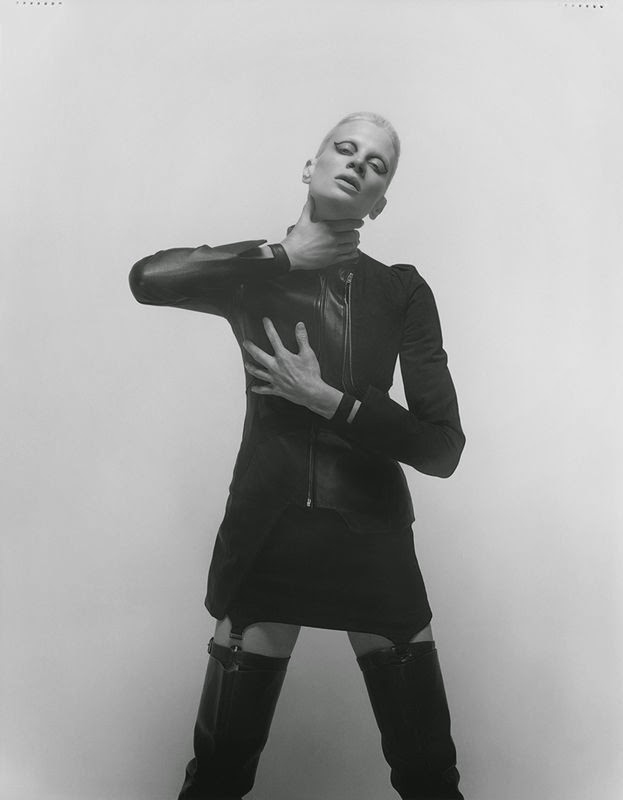 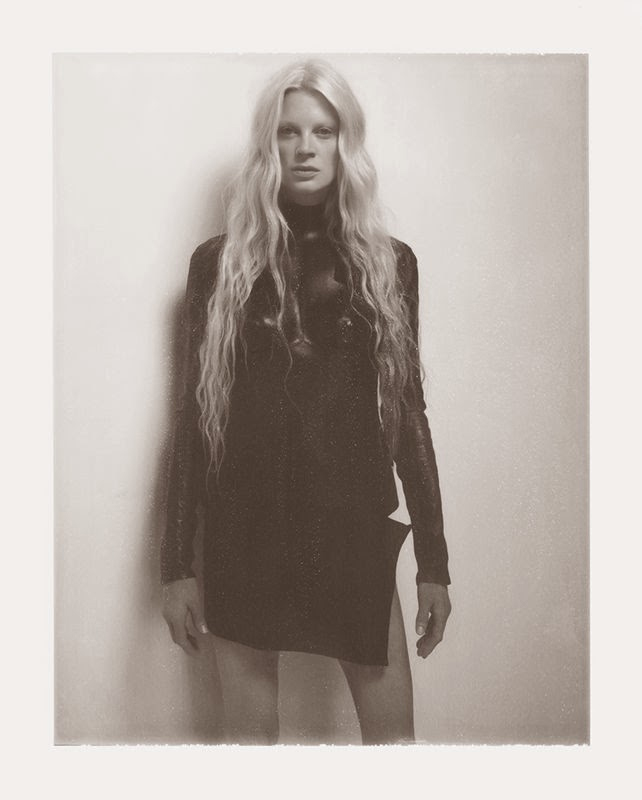 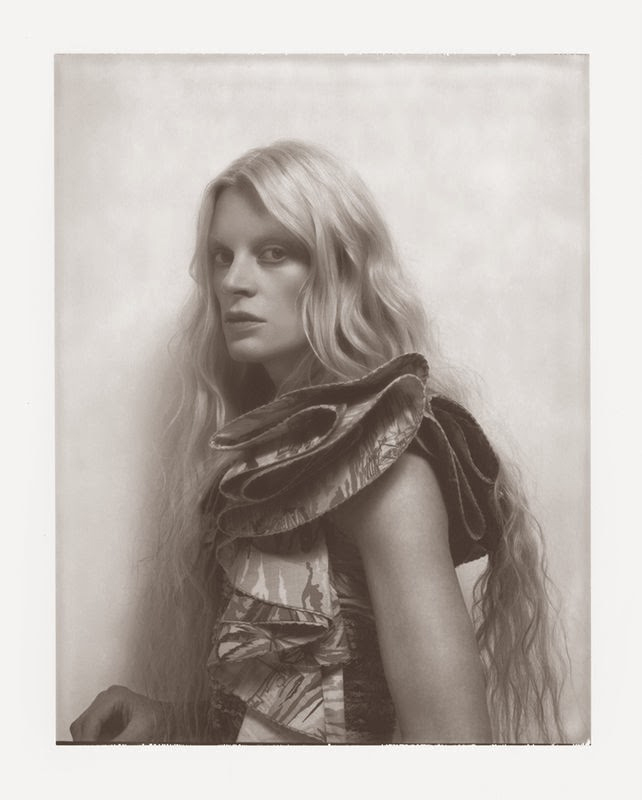 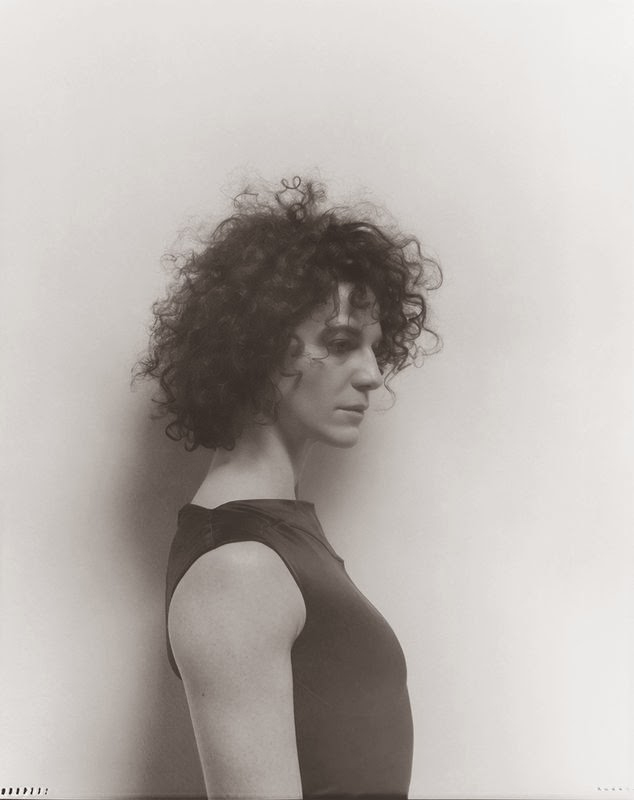 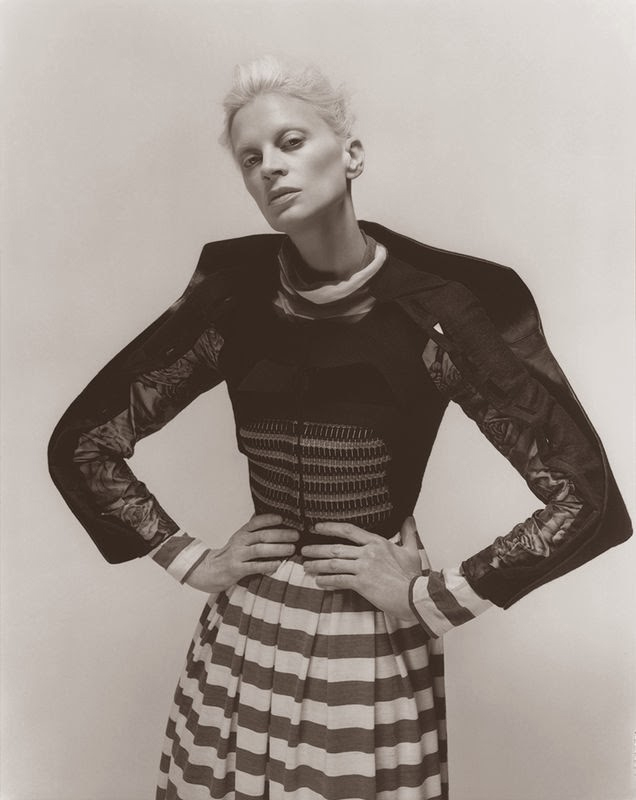 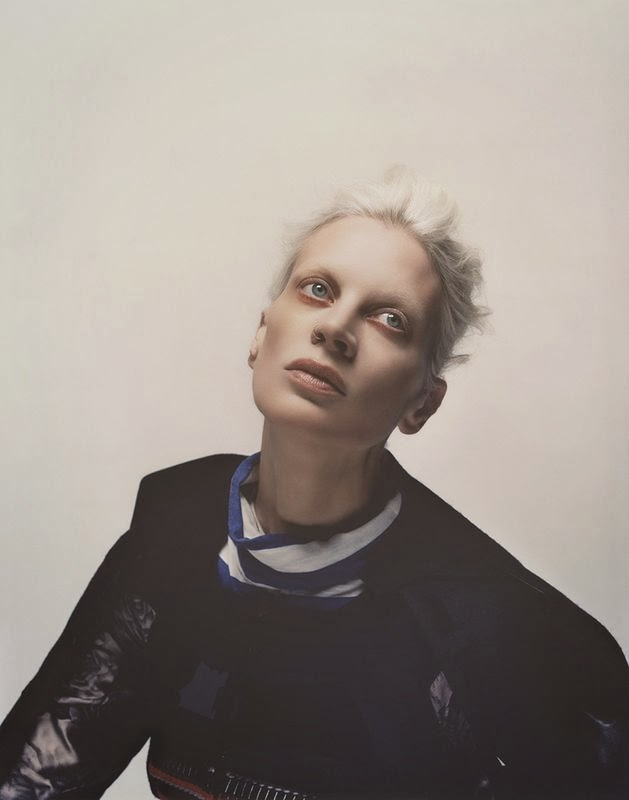 ‘issue one’ of archivist, channels chalayan’s archive into a modern space, releasing his concepts from the imaginative prison of nostalgia and academe.

turning the pages, we see a modern enactment of the judgment of paris: the fresh, young face of a model; the familiar face of a supermodel; and the expressive, ‘real’ face of an actress all compete for greatest desirability, forming an extended triptych ripe for our consideration. trained ballet dancer lida fox, supermodel kristen mcmenamy and german actress bibiana beglau are photographed by axel hoedt, wearing clothes that are all dated between 1997 and 2010, selected from the archive of designer hussein chalayan.

since 1995, the interrogation of beauty, race, culture, religion, identity and sex has been explicit in chalayan’s clothes, but rejecting the designer’s well-documented status as a conceptual provocateur, fox, mcmenamy and beglau wear pieces that slip tentatively between the boundaries of reality and wearability.

more information about archivist you can find here. for ordering the print version of ‘issue one’ you can go to antennebooks.